Ghent University is a founding partner of the European Time Machine project which builds a Large Scale Simulator mapping 2000 years of European History. Time Machine is transforming kilometres of archives and large collections from museums and other institutions into a digital information system. Time Machine sees this “Big Data of the Past” as resource for Europe, aims to unlock it and serve a wide array of users in research and education, GLAM (Galleries, Libraries, Archives, Museums), industry and civil society. Bringing international top tech and humanities research together, the Time Machine project is about mass digitization of heritage, advancing Artificial Intelligence technologies and developing innovative virtual reality and augmented reality visualisation. As a ten-year programme, Time Machine will have massive cultural, economic and societal impact and will profoundly change the way we experience and use thousands of years of European history and culture.

Cultural heritage is one of humanity’s most precious assets and always merits adequate investment for protection, preservation and research. Data also shows that rather than being a cost, cultural heritage investment can actually be an important economic driver across sectors and industries. The Time Machine project, with its ten-year research and innovation program, would not only radically change the state of the art in research, but would also be an economic motor for Europe, giving rise to new professions, services and products in areas such as education, creative industries, policy making, smart tourism, smart cities etc. Europe should take the lead by mining and managing the vast potential of its cultural heritage. 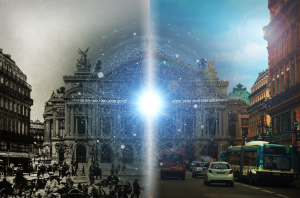 The Time Machine project and its proposed Big Data of the Past are being developed by a unique alliance of European academic and research organisations, cultural heritage institutions and private enterprises. There are 33 core institutions and more than 300 organisations from 33 countries, including national libraries, state archives, world famous museums and major industrial players. Time Machine is also a growing network of cities and regions. Local Time Machine initiatives are currently being developed in cultural hubs such as Venice, Amsterdam, Paris, Jerusalem, Budapest, Regensburg, Nuremberg, Dresden, Antwerp, Ghent, Bruges, Naples, Utrecht, Limburg and more.

In Flanders, two universities are founding partners of Time Machine, the University of Antwerp and Ghent University. They are working together closely with the TM consortium to fully develop this Large Scale Research Initiative (LSRI). The phase of development is funded by the European Commission as a one-year Coordination and Support Action under Horizon2020. Both universities are also already building local time machines: Antwerp Time Machine and Time Machine Ghent / Bruges. 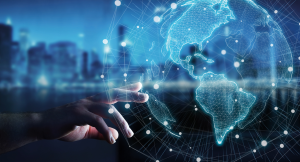 “The past will be a resource for a commonly created future of Europe” – Frédéric Kaplan, EPFL, project leader

The Time Machine consortium has received funding for the LSRI full proposal application phase from the European Union’s Horizon 2020 research and innovation programme under grant agreement No 820323.